An exhibition of recent works will be held at Weswal Gallery in Tamworth on Sunday, 9 October 2016 @ 2:30pm.  Paintings and works on paper exploring the theme of ‘precious water’.

DRIVEN BY HER BELOVED LANDSCAPE

Passionate about the land, Maree’s newest body of work is inspired by the multiplicity of environmental issues that affect the country in which she lives.

Drought, rain and the imminent threat of open cut coal mining and coal seam gas extraction are all themed in her latest collection of canvases and works on paper, the culmination of 18 months’ painting.

They vary from large canvases more than a metre wide to smaller works on paper using oils and mixed media including charcoal, pastels, cold wax and collage, gouache and ink.

Born and bred in Gunnedah, Maree lives on a farm near Curlewis, south of Gunnedah, with her family and has watched first hand the seasonal extremes and environmental threats that have dominated their lives in the last decade.

“Much of my works are driven by some primal instinct, a base reaction to what is happening to this beautiful countryside. I love the land around me and I want others to share that ,” she says.

Maree’s work includes a series of five large canvases which follow the seasons, depicting aquifers – the bountiful water under the country where she lives and the rich farmland which depends on them.

She captures the ever changing landscape – the harshness of the colours in drought, water in rivers and lagoons, the lush new growth after rain and the still beauty of river gums.

Maree has been painting for almost 30 years, having completed a fine arts degree at Newcastle University and a diploma from New England TAFE.

Her work can be broadly described as contemporary landscape – a rich, voluptuous composition of texture and colour that speaks from the heart. Her studio on a rocky hillside with a panoramic outlook of the plains provides the space and inspiration for her work.

Her modest manner belies a strongly held belief that the land is for keeps – not for mining or resource robbing. “Water is the lifeblood of the Liverpool Plains – it not to be tampered with. I paint what I know best – to that which I feel a strong connection.”

A keen observer of mother nature, Maree’s last solo exhibition six years ago entitled “A Good Season,” also coincided with heavy rains. Her family only just made it to the opening in Gunnedah through flooded roads with others unable to cross the swollen Namoi River.

“It looks like it could happen all over again,” she says.

“Precious Water” an exhibition of work by Maree Kelly opens at the Weswal Gallery on Sunday, October 9 at 2.30pm. 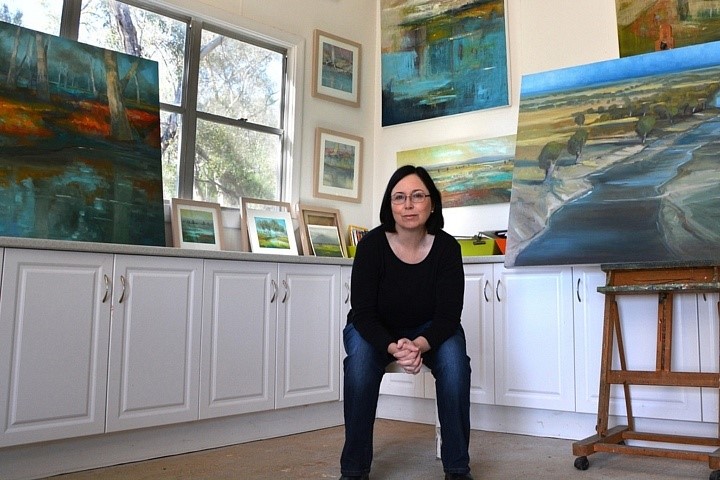 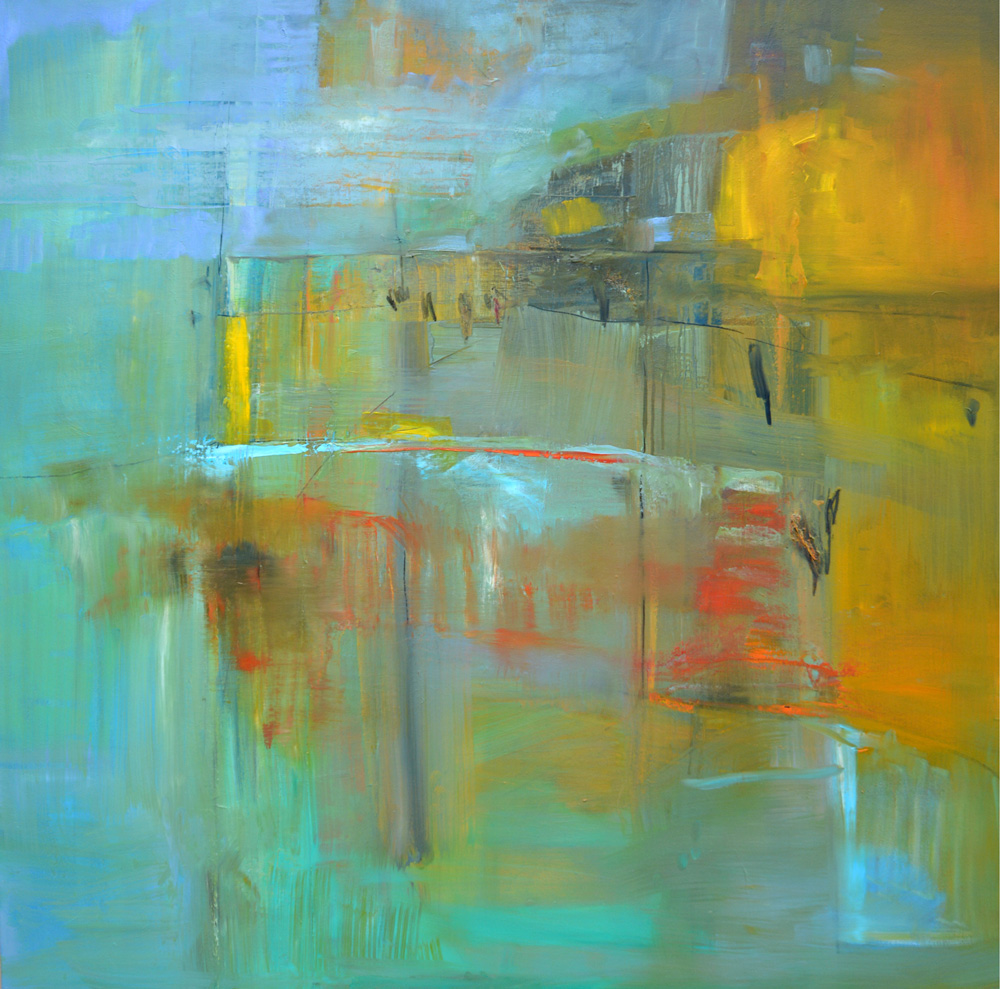