Maree Kelly was born at Gunnedah in north-western NSW in 1968. She has spent most of her life in the area, now living on a farming property just south of the small township of Curlewis. Maree works from her studio at the family farm, situated on a rocky hillside at the end of Long Mountain with a panoramic outlook of the plains.

The Namoi and Mooki floodplains landscape encompass rich tracts of farming country, ringed by rocky outcrops and low woodland forests. This scenery is a constant inspiration. Maree uses various media and techniques in her work, primarily oil on canvas and drawing and mixed media works on paper. Her subject matter is the ever-changing landscape – the harshness of the colours in times of drought, the lush new growth after rain, the extreme seasons and weather patterns and the light at different times of the day.

Recent work has an increased focus on environmental issues, emphasising the area’s precious water resources and threats from the gas and mining industry.

Maree has tertiary qualifications in environmental science and art, graduating from Newcastle University with a Bachelor of Fine Arts in 2000. She previously worked as a teacher in Arts & Media with the New England Institute of TAFE at Tamworth and Gunnedah campuses, teaching various fine art subjects. She has also taught classes and workshops through the Gunnedah Community College. 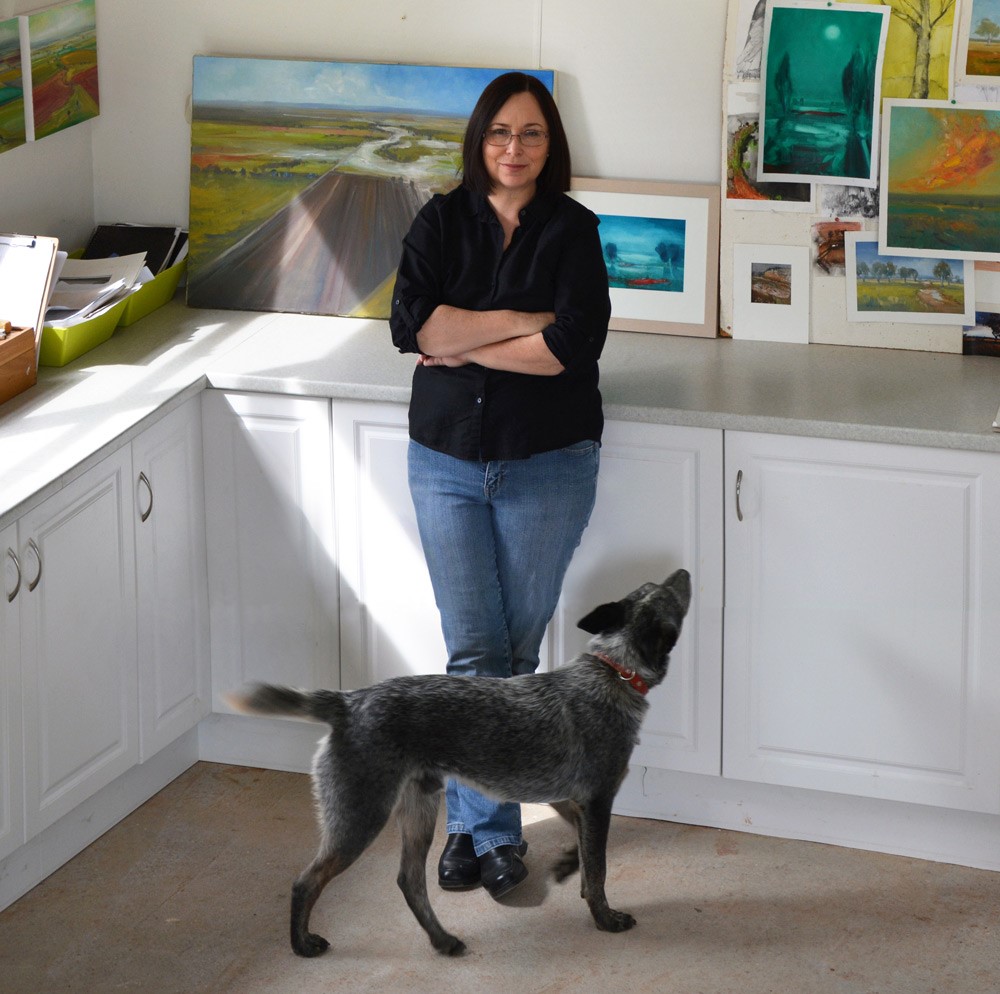