Dorothea Mackellar’s poem My Country is a work rich in Australian imagery, an imagery that is bought to life through a new exhibition named after the famous poem.

My Country is a series of paintings by Gunnedah artist Maree Kelly that will open at the Gunnedah Bicentennial Creative Arts Gallery on Friday, October 29.

Maree says her paintings respond to the colour, the drama and the emotion of the poem.

“The artworks revisit the collection of watercolours created by Jean Isherwood in the 1980s with a contemporary perspective, exploring the Gunnedah region’s distinctive landscapes and the poet’s connection to the area,” Maree says.

Maree’s paintings capture the imagery that has long represented Australian’s love for their country, with artworks that open a window into lines such as “Her beauty and her terror”, and “the hot gold rush of noon”.

Maree says the exhibition also reflects the importance of the landscape in her own work.

“My work is based on my observance, understanding and connection to the natural environment that surrounds me,” she says.

“My family have lived in the Gunnedah area for generations, and I feel a strong sense of connection to the land. For this series of work, I took inspiration from the words of the poem and developed artworks that reflect a contemporary interpretation of the Gunnedah area’s landscape.

My Country will be on display at the Gunnedah Bicentennial Creative Arts Gallery until Sunday, 28 November 2021. 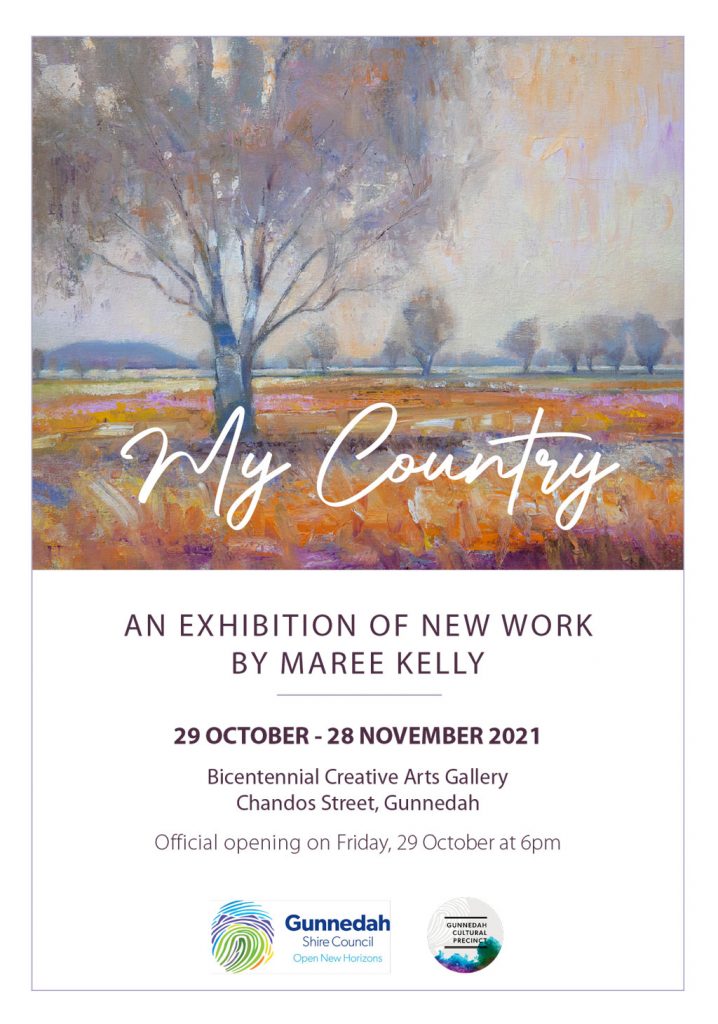