A win at local art exhibition

Loads of talent on show at annual exhibition | From the Namoi Valley Independent, Tuesday 19th August 2014

A CROSS-SECTION of art in a variety of mediums was unveiled on Friday night at the official opening of the 44th Annual Gunnedah Art and Ceramics Exhibition at the Creative Arts Gallery.

Each section showcased a strong number of entries of a high standard, making judging a difficult task for visiting judges Peter Carlin and Dennis Chapman.

Art section judge Peter Carlin said he “looked at the emotion and technical aspects” of each work to decide the winners.

The grand champion entry by Maree Kelly was “full of emotion and a clear standout” according to Mr Carlin.

The work, titled Flooding Rain, is an oil on canvas painting, with an abstract feel.

Artistic talent runs in the blood – even though entries in both youth sections were small in number, the judge said there was some obvious talent among the entries – with particular mention of At the Beach by Darcy Kelly, Maree’s daughter, who placed first in the 10-14 age group.

Visual Arts Group chair Shirley Urquhart took out a number of top gongs, with a first in the watercolour section with her piece Over the Plains, second in

Budding potter Jenny Matthews placed first in the novice section of the ceramics with her Slab Pot, with Linda Clark in second with her piece titled Pair Raku Bottles. 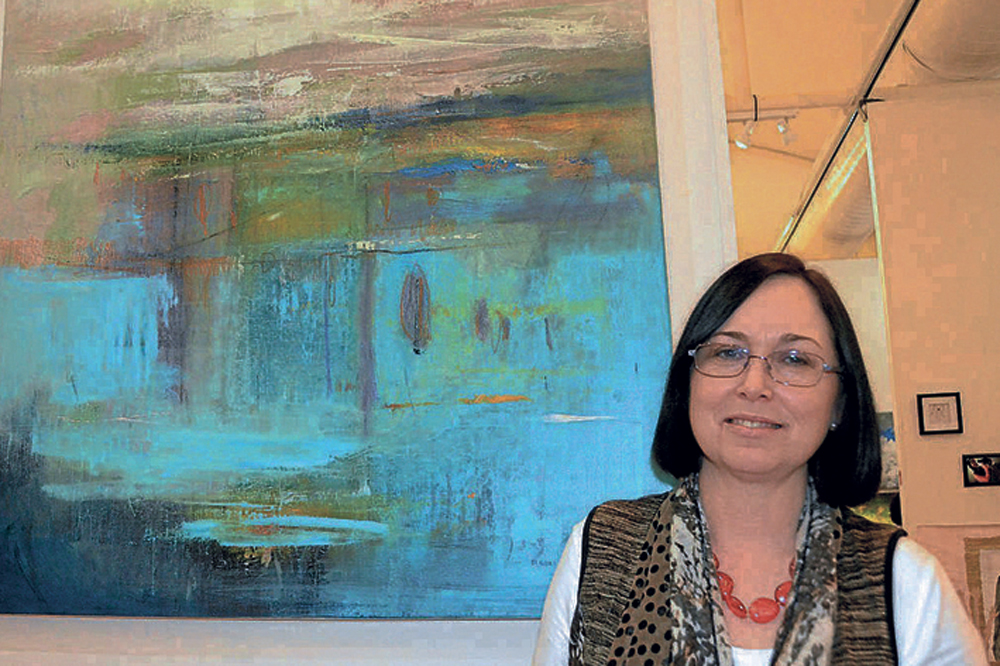 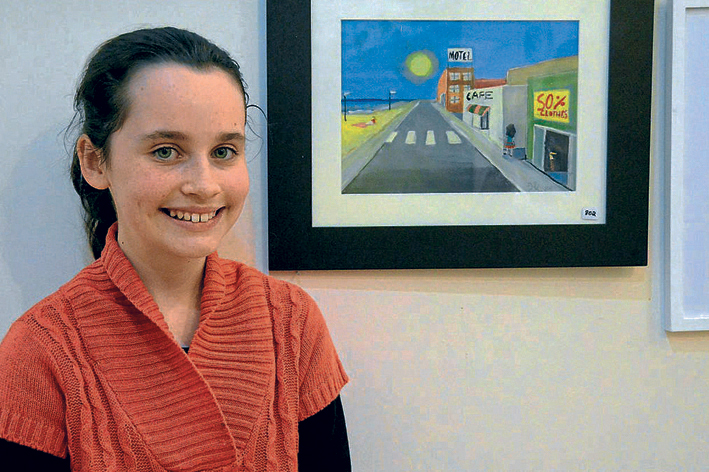