A win at Frost Over Barraba

The New England Mutual Acquisitive prize of $2500 was awarded for Maree’s work, Patchwork Lake, which depicts an ephemeral image of Goran Lake near Spring Ridge.

She said Maree had a successful weekend selling another large work as well as gaining the prize.

The painting judge was former Gunnedah resident Yvette Hugill, who described Maree’s painting as “a strong work, showing creativity and originality, dynamic use of the colour palette and a pleasing composition”.

“I always like to do a walk-though before I judge, and Maree’s work was a standout at the exhibition,” Yvette said.

“It is a beautiful painting and although it is very contemporary, the underlying landscape showed through.”

With more than 400 paintings in the exhibition, Yvette started judging on the Thursday morning and took five hours to deliberate over the high standard of entries.

“I made my selections and then walked through again after a lunch break to make sure I had not missed anything,” Yvette said.

“We had a wonderful few days in Barraba, around 100 people attended the opening night and we had at least 400 through the door to see the exhibition on Saturday.”

Gunnedah artist Shirley Urquhart also featured in the prize list with highly commended awards for Off Little Collins Street, Melbourne in the watercolour section and Broken Hill Landscape in the open section.

Louise Baker was also highly commended in the printmaking section with her image of a cat titled Dreaming of the Great Outdoors.

Local potter Pat Tobin was awarded first prize in the thrown pot section with her beautiful Shino Bottle, described by judge Max Cahil as “a pleasing, well-thrown work that has a presence and is well finished with a glaze that softens the vase form”. 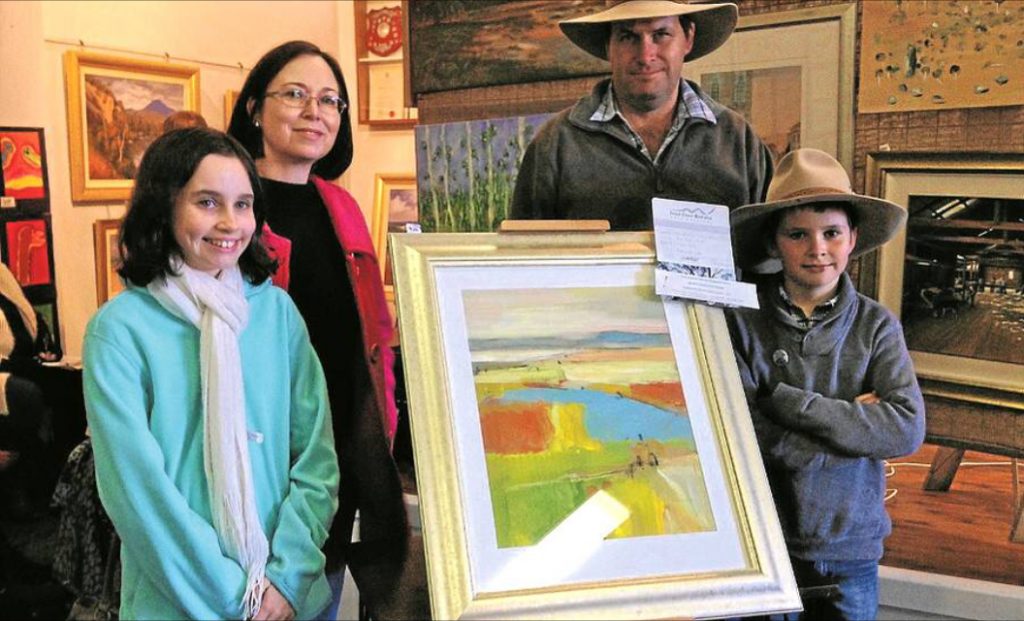